What is radar?  What will happen when an enemy country suddenly attacks us with fighter aircraft in the dark of night? Or put a missile on us without any prior notice? Do not panic, because doing all this is not an easy task. You must have heard about radar. This is the technique that makes an attack impossible during a war.

Every activity in the sky and the sea can be monitored through radar. Any suspicious movement in the sky can be detected by its use. Whether it is mist or dark, it can know the distance, direction, etc. of any invisible object without any hindrance. In today’s article, we will discuss the information of radar as well as learn about the use of radar and who was the inventor of radar. So let’s go ahead and know what radar is and how it works? 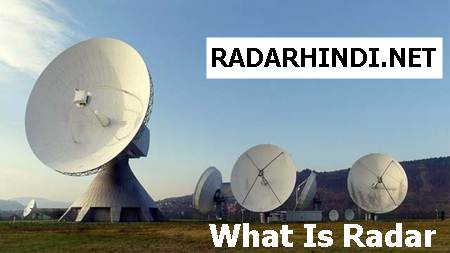 What is the full form of radar?

Radar’s full form is “Radio Detecting and Ranging”. It is technology-based on radio waves.

What is a radar system – How does radar work?

The radar sends electromagnetic waves just like computer networks and mobile phones. This causes the signals to come out as short pulses, which collide with an object coming in the way and reach back to the radar and signal to the radar that an object is present.

Radio waves emanating from radar move towards open space. During this time, some waves collide with reflecting objects (Target) in the middle and get reflected in many directions. Some reflected radio waves come back to the radar, which is received and understood in detail.

With the help of signal processing, the target echo signal is detected and then the location and other information of the target are obtained. 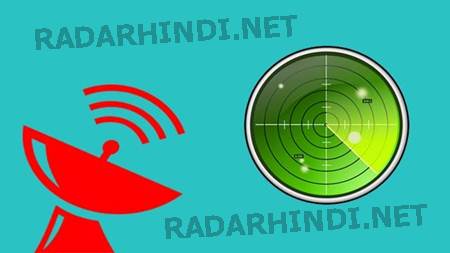 There are generally four main components of radar:

The signals received after this are displayed on the display system.

What is radar used for?

Radar is used for the following tasks:

Military – Radar is used in large numbers during military operations. In the Navy, it is used for both ground and air defense purposes. It is also used to detect, track or monitor an enemy. Different types of radar are often used for weapon control and missile guidance.

Law Enforcement – Radar is also used to maintain law and order. It is used by the police to track the speed of a vehicle during the pursuit of a criminal. Due to bad weather, radar is used only when satellite does not get the right image of traffic and barricades.

Space – Radar is used to detect and track satellites or spacecraft in space. Radar is used for the safe landing and docking of Spacecraft. In addition, radar is also used for remote sensing in satellites.

Aircraft Navigation – Ground mapping RADAR and weather avoidance RADAR are used to navigate properly in airplanes. By using this technique, interruptions during an air journey can be easily avoided.

Ship Navigation – The ships are guided with the help of high-resolution RADAR on the sides. Because the visibility at sea is not so good due to bad weather and radar protects them from dangers. These ships often use this technique to measure the proximity of other ships on the water and their speed.

Air Traffic Controller – Radar is used to control the traffic in the air safely. Radar is used for proper landing and take-off during inclement weather. Such radars also detect the presence and altitude of other nearby ships.

Who was the inventor of radar?

The first practical radar system was built in 1935 by the British physicist Sir Robert Watson-Watt.

In 1864, British physicist James Clerk Maxwell developed a technique to control the behavior of electromagnetic waves. There are rules for radio wave reflection contained in Maxwell’s equations, and these theories were first demonstrated in experiments by the German physicist Heinrich Hertz in 1886.

A few years later a German engineer Christian Hulsmeyer proposed the use of radio echoes in a detecting device designed to avoid collisions in marine navigation. The first successful radio range-finding experiment occurred in 1924 when British physicist Sir Edward Victor Appleton used radio echoes to detect the altitude of the ionosphere (an ionized layer of the upper atmosphere reflecting longer radio waves).

The first practical radar system was built in 1935 by the British physicist Robert Watson-Watt. And in 1939, England set up a series of radar stations on its south and east coast to detect bombers in the air or at sea. In 1935 Watson-Watt wrote a paper entitled “The Detection of Aircraft by Radio Methods”.

It was presented to Committee Chairman Henry Tizard for the Scientific Survey of Air Defense. The Tizard was strongly influenced by the idea, and on 26 February 1935, Watson-Watt introduced the idea to Daventry. His idea was based on the bouncing of radio waves against an object and measuring its travel to get targeted information. It was called RADAR (Radio Detection and Ranging).

From the outbreak of the Second World War in 1939, Robert Watson-Watt installed a series of radars on the south and east coast of England. In the same year, two British scientists were responsible for the most significant advance in radar technology during World War II.

Microwave RADAR, called LIDAR (Light Detection and Ranging), is currently used for measuring and communicating atmospheric pollution. During the Battle of Britain, these stations were able to detect enemy aircraft at any time of day and under any weather conditions.

Radar was also used in maritime and airplanes during the war. Germany was using radar until 1940 but Japan never used it effectively. The United States had a good radar system and was able to predict it an hour before the attack on Pearl Harbor.

Britain had the best radar system in the early stages of the war and the invention of the Magnetron cavity resonator in 1940 enabled it to transmit waves up to more centimeters. It also enabled more compact high-frequency sets used by aircraft in the Royal Air Force.

Difference Between Radar and Sonar

The differences between radar and sonar are as follows:

Radar – Radar means “Radio Detecting and Ranging”. Radar is used to detect an object in the sky. For this, radio waves are emitted from the device and these waves collide with an object present in the sky and reach back to the device. In this way, accurate information related to the current position and speed of an object is obtained.

Sonar – Sonar means “Sound Navigation and Ranging”. It also works like radar. But radar uses radio waves, while sonar uses sound waves. Sonar is used to locate an object under water or at sea, because radio waves are not able to work with such efficiency in a fluid.

I hope you have liked this article “What is Radar and how it works”. I have tried my best to explain all the information related to what is radar -What is a radar system – How does it work? topic in simple words so that you do not have to go to any other site in the context of this article.